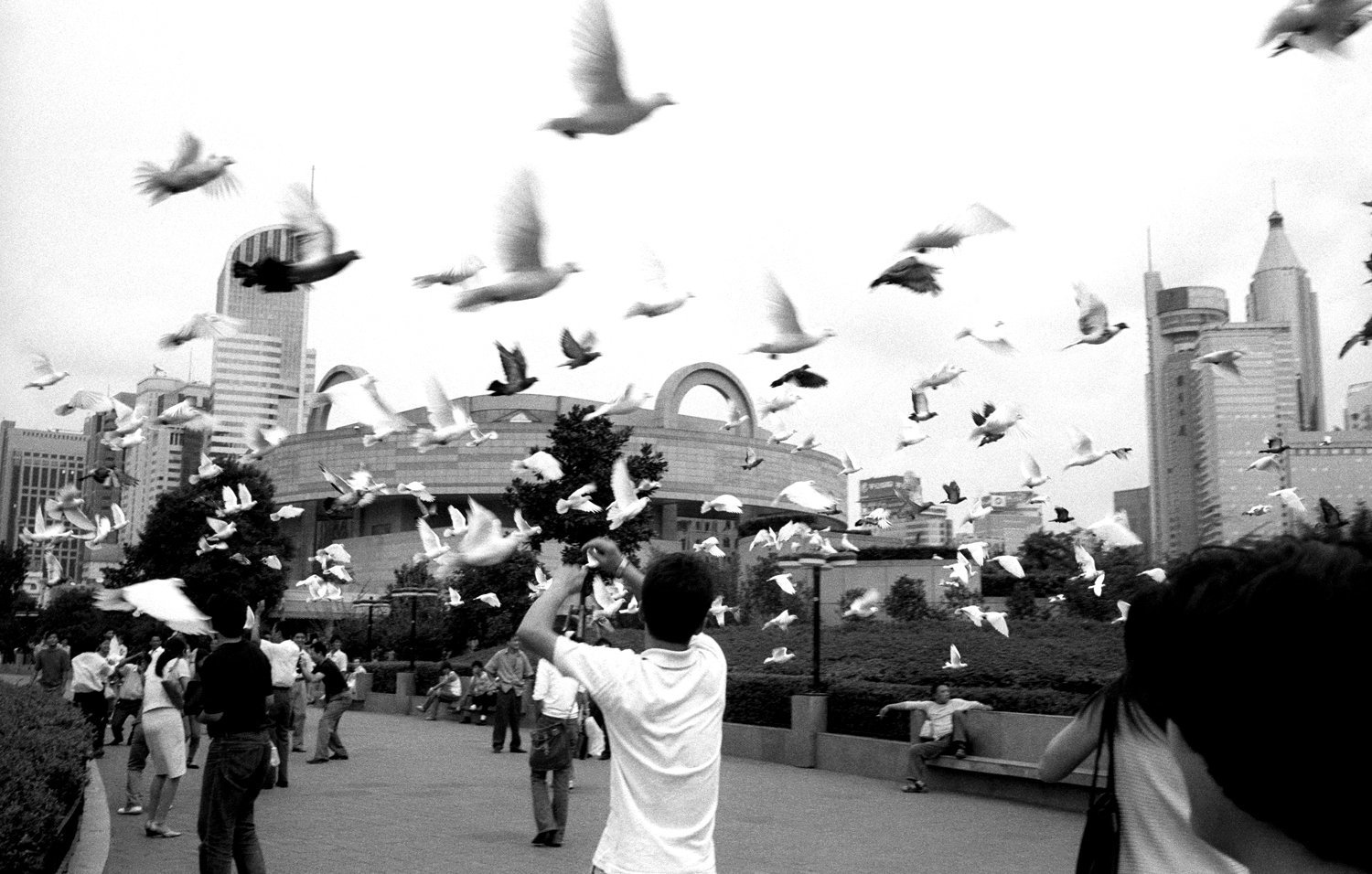 Tamara Voninski / oculi / Agence VU Shanghai: Capitalist Revolution September 2003- 2004 Doves fly above workers on lunch breaks at Peoples Park in Shanghai, China . During the Cultural Reveloution, all birds were ordered to be killed in China. The doves were also culled during the recent SARS epidemic. Shanghai is Chinas mainland capital of sophistication, finance and construction cranes. It is one of the fastest changing cities in the world. Shanghai is a reborn city under the spell of a capitalist revolution. 11777