Coming of Age in Samoa | tv-samoa-18.jpg 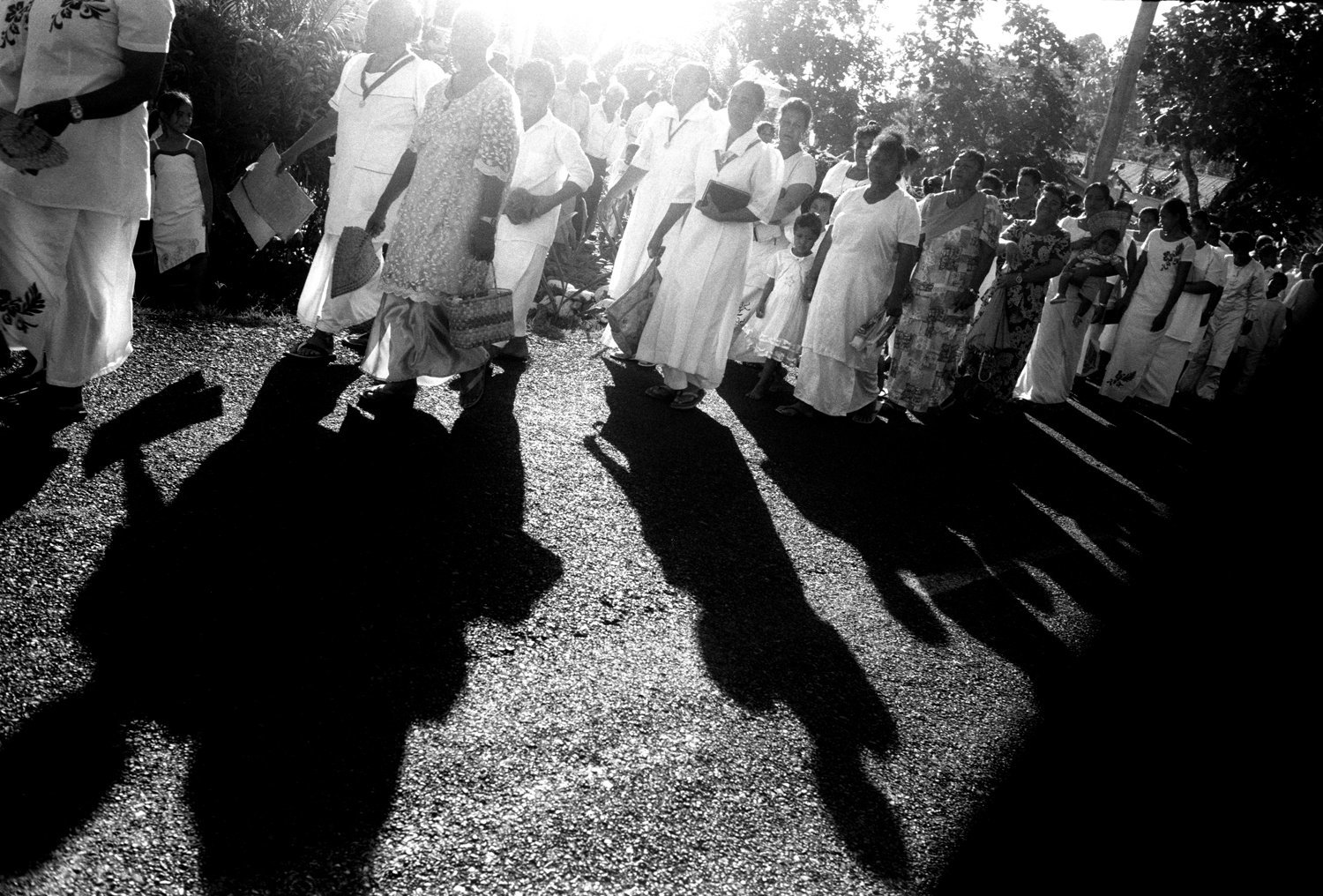 Tamara Voninski / oculi / vu Women and children walk to a village Church on a Sunday on the Island of Upolu in Samoa. Growing up in Western Samoa today, the idyllic, natural life described by Margaret Mead in her groundbreaking anthropological study of adolescence, Coming of Age in Samoa (1928), is still in existence on many levels. To the outside observer, Samoan youth experience a utopian coming of age in the midst of a beautiful, tropical island setting. In modern Samoa, there are immense cultural and religious expectations for youth to behave in prescribed ways and under strict discipline. Experimentation and deviation in behaviour in other societies is almost non-existent in Samoa. Samoa was described by Mead as a place where the youth come of age with relative ease. The reality today is that young people who do not embrace their strict role in family, society and church have a difficult time to find a place in this Polynesian society. Samoa has one of the highest youth suicide rates in the world.