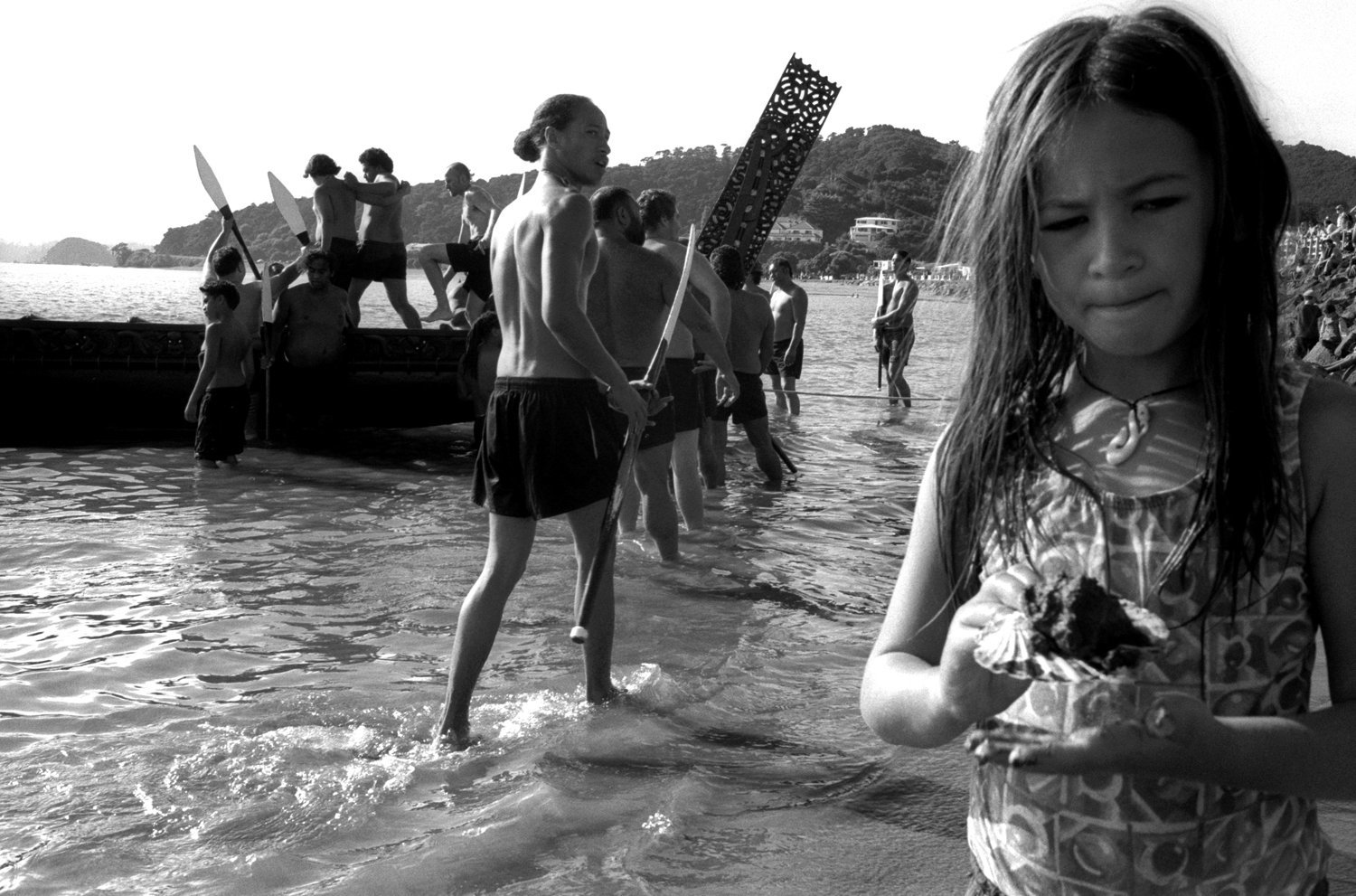 Â©Tamara Voninski. A Maori girl gathers shells and sand along a beach near Paihia in the Bay of Islands in New Zealand as men go out on a waka, a traditional launch of a war canoe. In 2005, the New Zealand government passed the controversial Seabed and Foreshore legislation to prevent Maori from claiming exclusive ownership of New Zealand2019s resource rich coastline and seabed. The Maori traditionally see themselves as caretakers of the land and coastline. The Maori population is approximately 530,000 of four million New Zealanders.