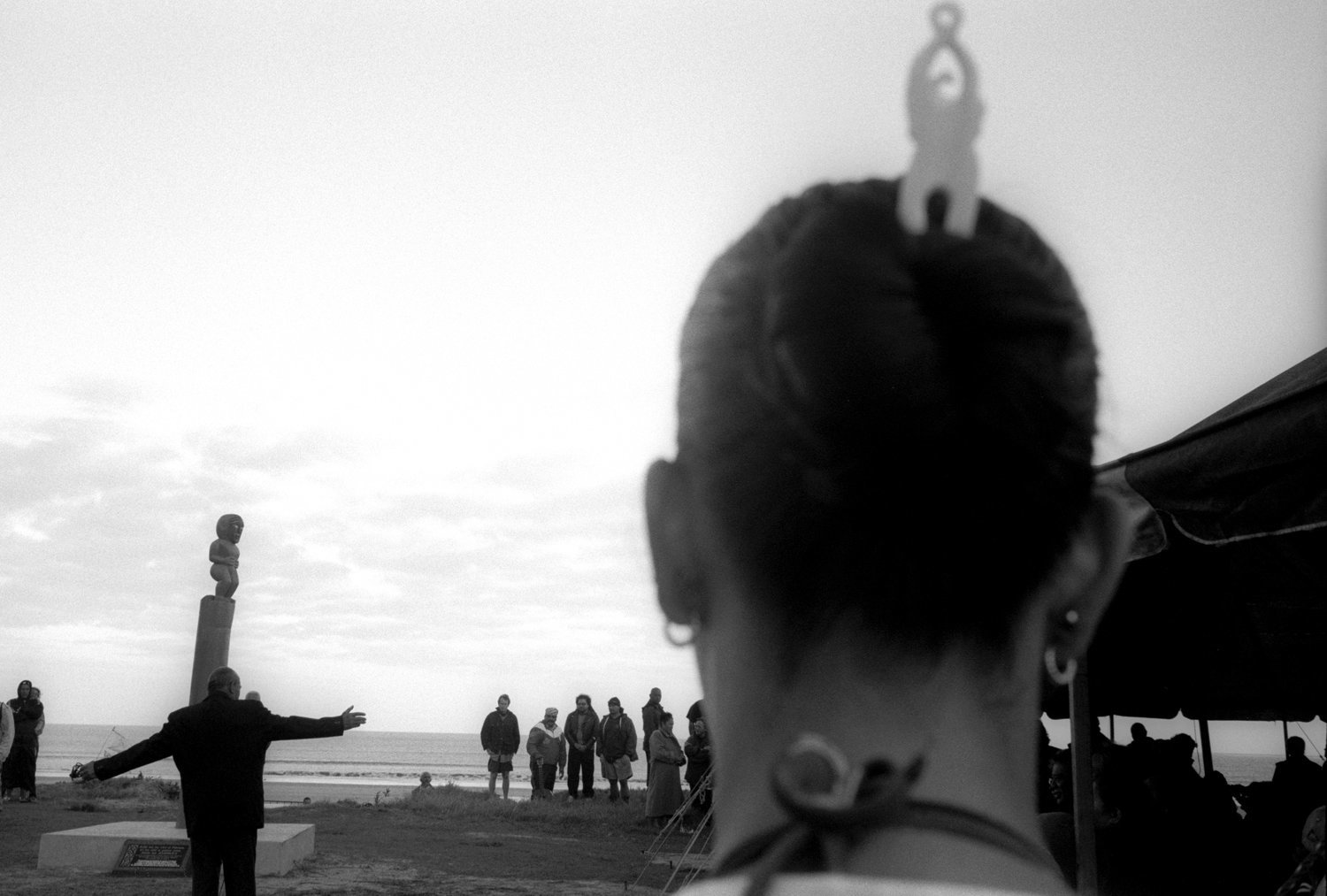 Â©Tamara Voninski. Maori people gather at Ahipara Beach , the southern end of Ninety Mile Beach, in New Zealand to dedicate a pouwhenua (marker pole). The Pouwhenua symbolizes the long-standing relationship that the Maori people have with land including the adjoining foreshore and seabed. The ceremony marks traditional ownership rights of the Maori people. In Maori legend, the spirits of the dead depart the earth along this beach. In 2005, the New Zealand government passed the controversial Seabed and Foreshore legislation to prevent Maori from claiming exclusive ownership of New Zealand2019s resource rich coastline and seabed. The Maori traditionally see themselves as caretakers of the land and coastline. The Maori population is approximately 530,000 of four million New Zealanders.